4theFans is bringing the biggest Football Fan Park in the UK, with 3 gigantic screens, a monster sound-system and thousands of fans joining together. There is no better place to watch the footy…

As we await the results of the Semi’s, the question is will Liverpool and Man city be the ones to go head to head in the final of world’s greatest club competition – The Champions League?

Man City will be hungry for the win after losing to Chelsea in the final last year, but Liverpool will be just as focused as they fight for the quadruple; in the the hopes of a historic year.

From the brand that brought you the biggest and best sold out Euro 2021 Fan Parks, where the atmosphere is unlike anywhere else in the UK, we create the greatest fan zones in the world.

4thefans is dedicated to you, the fans! And we will bring you the Champions League Final as you’ve never seen it before…

ticket types and what they include

– Enjoy the 4theFans interactive show hosted on stage from our Sky Sports presenter.
– Guaranteed entry to the full-event.
– Huge anti-glare screen and a world-class sound system.
– Special effects & lighting
– DJ sets & music.
– This will be a seated event.

– There are currently limited group deals available with a great discounts. These will secure admission for the whole group and includes everything else listed on the single GA tickets.
– Group Discounts are the best way to save money. For example a single General Admission (GA) ticket is £5, so 6 GA tickets totals £30. With our group of 6 discount for the same tickets, it totals £18, working out to 3pp – a discount of 40%.

– There is plenty of on-site parking available if you wish to drive, however if not we are offering a coach transport option.
– This add-on will give coach transport for one person per coach ticket. The coach will be departing from rather Liverpool or Manchester (depending on the semi’s results).
– The coach will leave an hour before opening of the Fan Park. For example the Fan Park opens at 6pm, with Kick-Off at 8pm, the coach would leave Liverpool at 5pm. The coach will then return you back to the original pickup point when the Fan Park closes at 10pm (These times are estimates and could be subject to change).
– An email will be sent on confirmed timings and additional info on the lead-up to the event.

You can’t miss the conclusion to this huge final. It’s all been organised by 4theFans, for you, and tickets are waiting in the wings. To ensure you don’t miss kick-off at this sell-out event, book now!

READ ALL ABOUT IT

Our Euro 2020 fanparks were featured across globally recognised press, hitting the front pages each and every event! 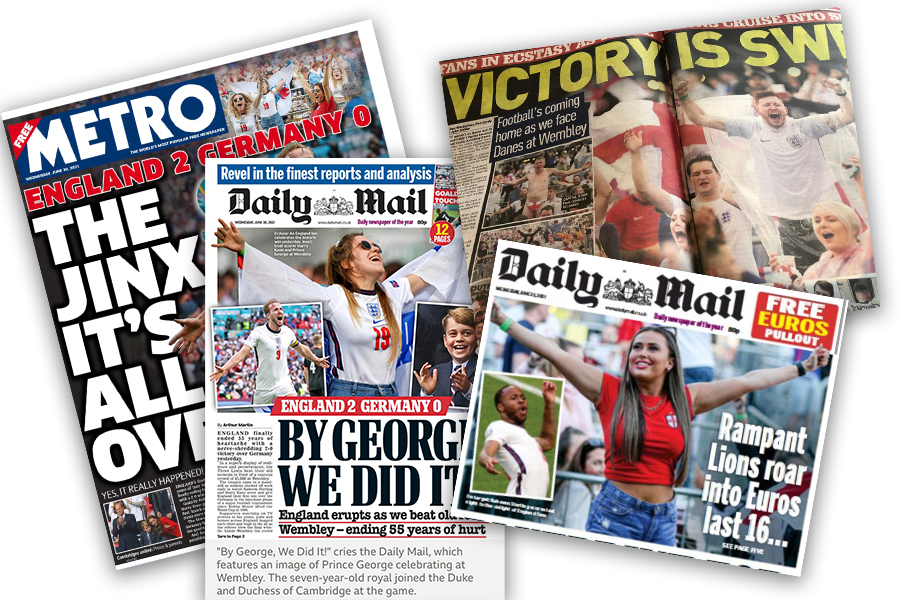